A downloadable game for Windows, macOS, and Linux

Be prepared to test your platforming and fighting skills on this unforgiving and nostalgic adventure!
We want you to fight like you never did in any other game but also have some nostalgic moments finding secret walls, defeating pattern-based enemies and bosses!

If you like platformers like Megaman, Castlevania, Dead Cells, Hollow Knight, Shovel Knight, Guacamelee, etc, then Smashing Spirits was made for you! We made a straightforward action-platformer for you, our beloved platformer player that wants to challenge yourself and explore different mechanics!

Brazil Island is an Amazon-inspired land populated by indigenous. The different tribes lived for a long time alone but a few years back some ships came through the ocean with foreigners, white warriors with armors, shields and swords (inspired by ancient mediterranean civilizations), they’re called the Cari people. It seemed that the Caris would not give much trouble, but as time heal all the wounds, it also seems to catalyze all human conflicts as well.

You’ll feel like a real boxer! Your reaction time will be essential in combat, find openings, attack weak spots with combos fiercely and think quickly to dodge the enemy’s attacks properly!

OVERLOAD SYSTEM: Play fast and don’t get hit! Be rewarded with power!

Blow the freak out of your enemies by playing with mastery! If you play fast and aggressively without getting hit you will unleash the spiritual power! Each one of the 4 levels will increase your power and speed drastically!

NOSTALGIC SECRETS: “How can I get this damn fruit?”

We also have fun for your curiosity! Get secret items and save the beloved Aiyra’s animal companions, it will make your adventure much easier and if you like to collect everything on the game, you will love it!
PS.: The secrets doesn’t block your progress on the game 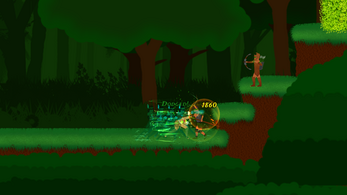 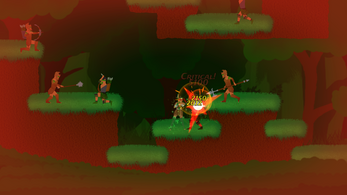 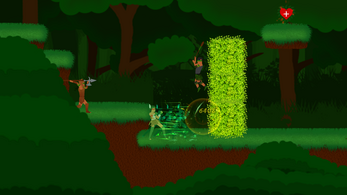 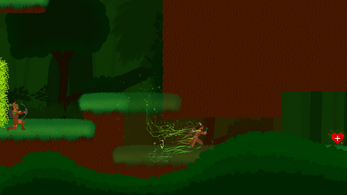 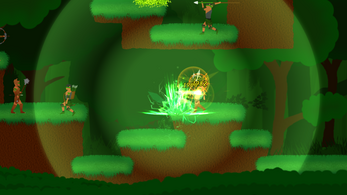